Don grew up in Amesbury, Massachusetts. After graduation from high school, he joined the U.S. Marine Corps. for three years. 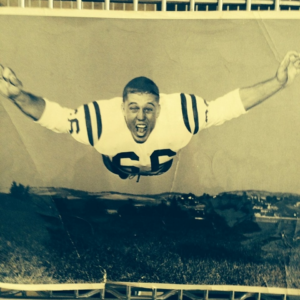 He was a walk-on for the University of Idaho football program. and four years later was elected captain. Upon graduation, he coached in Nevada high schools and Ferris High School in Spokane. In 1970, he came back to Idaho as offensive co-ordinator. After leaving Idaho, he coached Sunset High School in Portland, Oregon to back-to-back state titles. He started coaching in the Canadian Football League in 1977. He also has coached the B.C. Lions. the Orlando Thunder of the WLAF, the Saskatchewan Roughriders. the Baltimore Franchise, and the Toronto Argonauts. Don has been CFL Coach of the Year four times. Don retired from coaching in 2008.

He has 10 Grey Cup Rings (Champion of the CFL) and he won a total of 231 CFL games. Upon retirement Don was the winningest coach in CFL history.

Don is survived by three sons, who all played college football (Mike, Mark and Pat). Mark played for the University of Idaho.