Ann Jaworski (nee Schwenke) was a three-sport standout in volleyball, basketball and softball at Coeur d’Alene High where she earned numerous all-Inland Empire League and North Idaho Athletic Hall of Fame high school honors. She eventually chose the University of Montana in 1988 to continue her volleyball career. 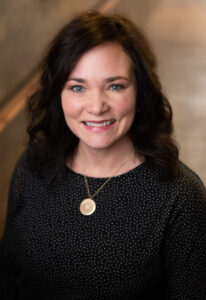 She was a four-year starter as a setter for the Grizzlies and earned the Big Sky Conference MVP award her final season when UM won the conference title. She was first-team all-league as well as an AVCA All-Region second-team selection during her junior and senior seasons. She was also a Big Sky all-tournament team selection her final two years.

Montana posted an 87-31 record during her four years there. As a freshman, she earned honorable mention all-Big Sky honors, and eventually was a two-time academic all-conference selection as well as the school’s conference scholar-athlete during her senior year.

Her name is dotted throughout the Grizzlies’ record book. She is the program’s all-time assist leader with 4,650 and she also is tops in assists per set at 11.05. She holds the single-match school record for assists with 98 and she has four of the top five single-match assist marks, also recording 78 assists twice and 77 once during a match. She also ranks both fourth and fifth for single season assist totals at the school.